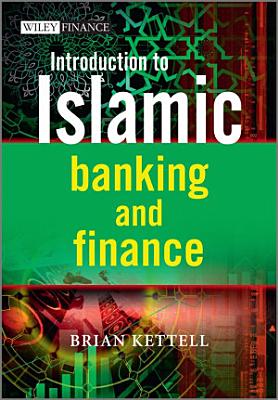 GET BOOK
Introduction to Islamic Banking and Finance Book Description:

Introduction to Islamic Banking and Finance is a succinct guide to the key characteristics of Islamic banking highlighting how these differ from conventional banking. This detailed book illustrates how Islamic banking is consistent with the Sharia'a, a key element of which is the prohibition on collecting and paying interest. This central religious precept appears to rule out most aspects of modern finance but it does allow money to be used for trading tangible assets and business, which can then generate a profit. Brian Kettell's book looks at all aspects of Islamic banking, including chapters on its creation and evolution through to detailed discussions of the issues involved in the Sharia'a contracts of Murabaha, Mudaraba, Musharaka, Ijara, Istisna'a, and Salam. Islamic insurance (Takaful) is also covered. Finally the book takes a look at Sharia'a law and Sharia'a boards, indicating the roles and responsibilities that come with membership. Islamic banks have been operating in places such as Bahrain, Saudi Arabia, Malaysia and Dubai for some time. Conventional bankers have traditionally viewed the sector as a small, exotic niche but recent years have seen a dramatic surge in popularity. A number of Western investment banks have started working with Muslim clerics to create new ranges of financial products designed for devout Muslims, a large and growing market. Although estimates of the size of the Islamic finance industry vary greatly, everyone agrees that it is expanding rapidly and this is the perfect book for anyone looking to understand the industry.