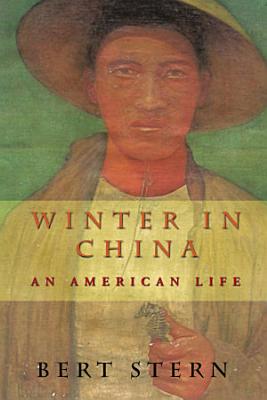 Winter in China: An American Life (XLibris Press, 2014), introduces to American readers a man who was a mythic figure in China, though largely unknown in the West. Robert Winter lived through more than sixty years of China's turbulent twentieth century, while teaching Western culture in China's major universities. Winter was a man of many parts. Western scholars came to him for his intimate understanding of the daily life of Chinese people, both rickshaw pullers and intellectuals. He also played important roles in the anti-Japanese resistance and as an agent of an idealistic project by the famous literary critic I. A. Richards to enhance understanding between China and the West. Along with this, Winter's vital hobbies included gardening, nutrition (he was a follower of Adele Davis), oil painting, and musicology. Through it all Winter rode the often rough seas of history with dignity and courage, sometimes suffering the stings of Maoist anti-intellectual campaigns. Bert Stern learned the depth and scope of this story through a series of interview with the 97-year-old Winter, whom he restores to his rightful place in modern intellectual history. A Chinese edition of Winter in China will be published by Peking University Press in the spring of 2015.

Authors: Bert Stern
Categories: Biography & Autobiography
Winter in China: An American Life (XLibris Press, 2014), introduces to American readers a man who was a mythic figure in China, though largely unknown in the We

The Saga of Anthropology in China