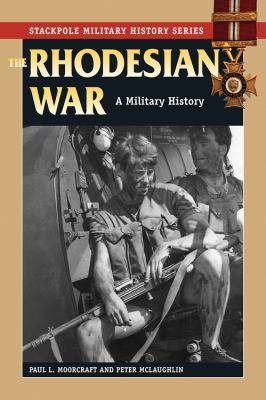 The vicious conflict (1964-79) that brought Robert Mugabe to power in Zimbabwe Expert coverage of the war, its historical context, and its aftermath Descriptions of guerrilla warfare, counterinsurgency operations, and actions by units like Grey's Scouts Amid the colonial upheaval of the 1960s, Britain urged its colony in Southern Rhodesia (modern-day Zimbabwe) to grant its black residents a greater role in governing the territory. The white-minority government refused and soon declared its independence, a move bitterly opposed by the black majority. The result was the Rhodesian Bush War, which pitted the government against black nationalist groups, one of which was led by Robert Mugabe. Marked by unspeakable atrocities, the war ended in favor of the nationalists.

Authors: Paul L. Moorcraft
Categories: History
The vicious conflict (1964-79) that brought Robert Mugabe to power in Zimbabwe Expert coverage of the war, its historical context, and its aftermath Description

The Rhodesian Journal of Economics

A Pride of Eagles

Authors: Beryl Salt
Categories: History
This is the story of military aviation in Rhodesia from the romantic days of 'bush' flying in the 1920s and '30s-when aircraft were refueled from jerrycans and

A Matter of Weeks Rather Than Months

Authors: Arthur Keppel-Jones
Categories: History
This volume deals with the conquest and colonization of Zimbabwe and the establishment of Southern Rhodesia, from the beginnings of British involvement in Bechu

Decolonisation, Identity and Nation in Rhodesia, 1964-1979

Authors: David Kenrick
Categories: History
This book explores concepts of decolonisation, identity, and nation in the white settler society of Rhodesia (now Zimbabwe) between 1964 and 1979. It considers